After a few terrible breakups, and a few stupid boys, I decided to do what every sane girl would do, and thats everything they told me to not do. Don’t leave the country and go somewhere that isn’t safe in save the world. Don’t cut your hair because it looks better long. Don’t get anymore tattoo’s because your perfect the way that you are. Instead, I signed up for a 6 week teaching program in Kilimanjaro, Tanzania – literally in the other hemisphere and on the other side of the world. I donated 10 inches of my hair to those with cancer, and I got a new tattoo on my ribcage. “Never settle for anything less than butterflies”. I rarely regret the things that I choose in my life, because they have greatly impacted who I am now. And all of these BIG moments happened in the same 12 months.

Signing up for Tanzania was a pure leap of faith. I’ll never forget it. The first Monday of the semester I was sitting in a health course looking into the Peace Corps. I wanted to do something where I was able to impact the world, but on a shorter timeline since the Peace Corps are a 2 year commitment. Cross Cultural Solutions also appeared in google as an option for my trip. I did research for 3 days, and then committed to 6 weeks abroad the following year. I had a full year of school left before graduation, and the plan was to leave a month after graduation, before it was time to find a job in the real world.

Kilimanjaro, Tanzania is one of the most beautiful places I have ever seen, especially with Mt. Kilimanjaro in the distant. But the children, some HIV infected, were so loving it made me sick. Literally made me sick. I had worms and stomach problems for most of my trip because kids put their dirty hands all over me. Regardless of being sick, it was an honor to be able to teach the children that I was assigned to for that period of time.

The team that I was assigned to was absolutely incredible. I wish that I could say that we have stayed in touch and are the best of friends, but honestly I’m just not good at staying in touch with people. Not because I don’t want to, or because the relationship isn’t worth it to me, because it absolutely is, it’s just not something that I’m good at. But the friendships that were made will be remembered forever. And I know that they are friends for life.

We were able to go on an African Safari, see the Maasai tribe, swim in a lagoon, and hike Mt. Kilimanjaro. Things that I never in a million years would have imagined having to experience were all wrapped into one life changing trip.

The travel bug is a real thing. Becoming someone who wants to see and experience the world first hand is something that grows on you. The more cultures that are experienced, foods that are taken in, sunsets that are seen – they become addictive. Now that it’s the anniversary of my Tanzania trip, I think its time to start brain storming the next trip!! 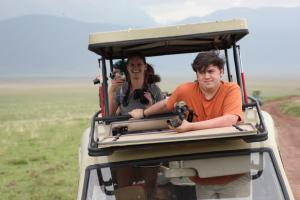 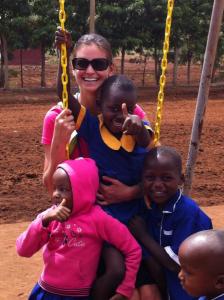 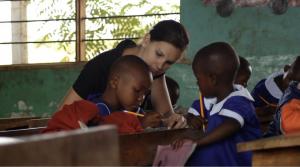 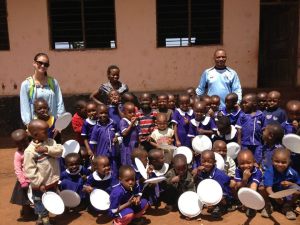 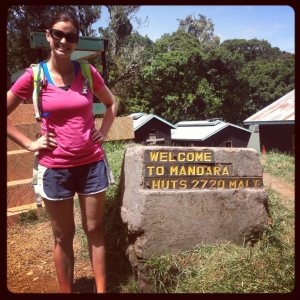 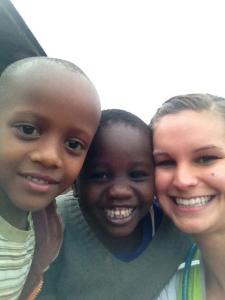 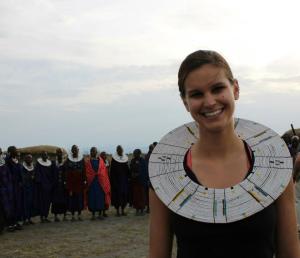